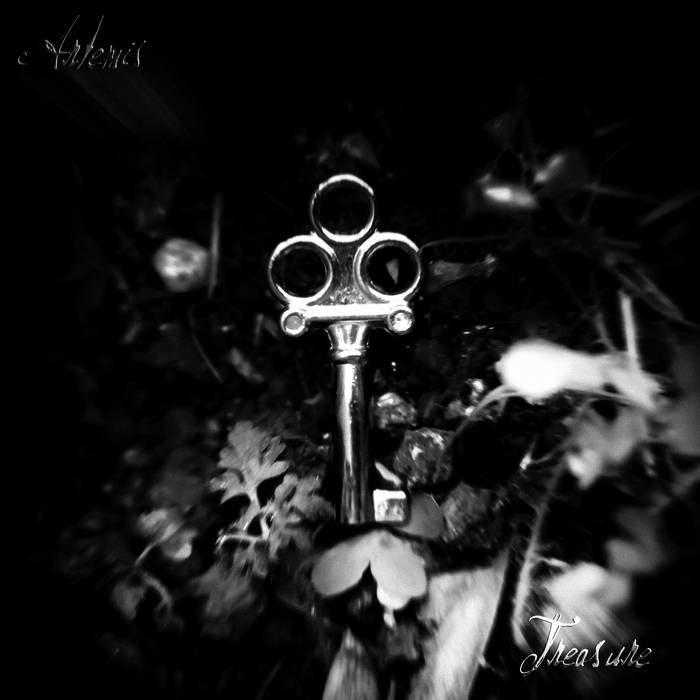 We recently dug out 'Treasure' to share an old song that was a bit of a flagship for everything Artemis that was to come...didn't intend to add other songs, but they seem to be popping their little heads out of the sand, so we're adding tracks as we find them (and have the momentary lapse of sanity required to actually share them with the world)...so if you're curious about where Artemis came from, what she sounded like when her own songs first started squeaking themselves out, you're in the right place. If you want something more indicative of Artemis' current sound, best go check out something like Auralei or Gravity. But if you're here for a little trip down memory lane, listen/read on...

Treasure was the title track for Artemis’ first EP (1999, unreleased) – the rest of the material on the EP was formative, but Treasure was a gem that stood out, so we wanted to bring it out again and share it with you, as a reminder of where we began on this journey of music making. Artemis wrote the song on her Gibson J200, for a friend who was going through a challenging time. She plays and sings on the track, and Daniel Berkman added electric guitar using an Ebow and whammy pedal and overdubs. David Earl engineered, produced and mastered the song. It was the beginning of our relationships as collaborators, and of each of our careers as musicians and producers, and was a very rich, potent time. As things are ripening and blossoming in all our creative lives these days, it seems an appropriate moment to echo back to our roots together.

For the full lovely story of birth of Treasure, as told by David Earl (aka SFLogicninja), please see the blog post at:

We originally released Treasure on mp3.com during its heyday, and the song did very well, rising to the top of the Alternative charts for a few weeks in 1999. Mp3.com soon faded into memory, but the licensing deals the song landed during that time continue to reap rewards. We didn’t realize this until Keith Crusher was on his way to Iceland to meet Artemis for some video shoots in 2008. He had a particularly bleary-eyed layover in Boston Logan airport, where he thought he had hallucinated hearing his name over the loudspeaker, followed by hearing Treasure over that same system. Both things actually happened. Artemis was stuck in Bahrain after a delayed flight from India and was trying to page Keith to let him know she’d be a day late, and according to the guy in the bar where Keith went to check his head, Treasure was actually being played throughout the airport. We later discovered this was due to the deal mp3.com brokered with a company called Trusonic (now Mood Media), with whom we continue to work.