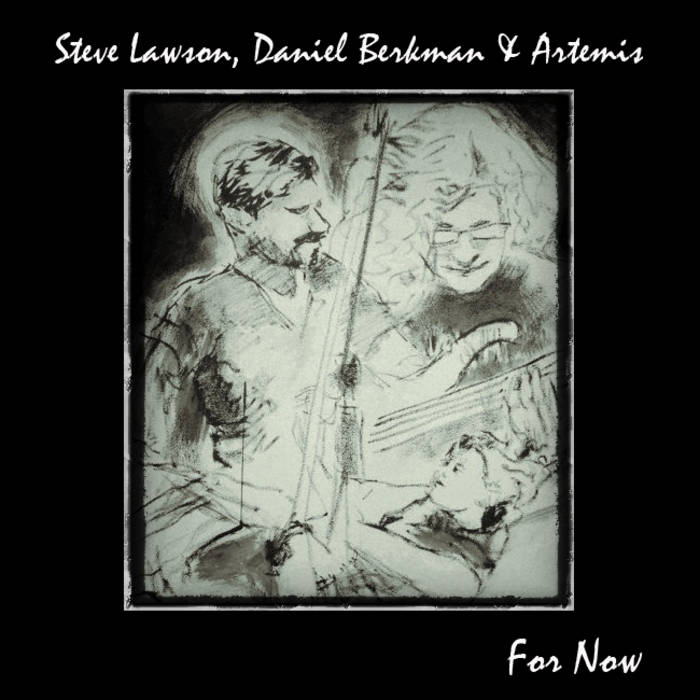 bbalser The textures, the moods, it is very touching.

Stan Stewart (aka @muz4now) I don't have a favorite yet. One thing I notice about improv is that when I get to listen to it multiple times (sort of messes with the improvisation moment, right?), I end up liking fleeting musical phrases even more than whole improvised pieces.
That being said, on this album, you get to listen to three masters of improvisational meandering. I'm mesmerized.

Alan Hall Actually these are all good. A compilation of Artemis's contributions from this fine concert series. Enjoy this, but get the rest from Steve Lawson as well. almost as good as being there... Favorite track: For Now.

This album is a compilation from the January 2013 California house concert tour with Steve Lawson and Daniel Berkman. I organized the tour for Steve and Daniel, and joined them each night as a special guest for a song or two. The songs on this album are my favorites of the pieces I sat in on.

Until this tour, I'd never before done improvisation in a live performance setting. Music writing is of course an improvisational process - I've done a fair bit of that, and I've done some improv in informal settings with musical friends. But this was something else entirely. At our first gig in Altadena, when Steve and Daniel invited me up to sit in at the end of the night, I was both excited and terrified. So much so that when I opened my mouth to sing, I could hear my voice trembling. That feeling of throwing oneself off a cliff and having no idea what might come next - I was hooked. Apparently I'm an adrenalin junkie...

My approach to live improv evolved as we went along to each of these gigs. Since I'm a vocalist, beyond melody there are words to consider...I would sometimes draw on lyrics from songs I've already written - sometimes mixing up lyrics from different songs in one piece. Sometimes I'd ditch words and just vocalize. I'd also write things down that inspired me along the road, and bring those bits along to a gig - of course, I had to be ready to throw any preconceived notions out the window, as I never knew what might or might not work with the sounds emerging. But often, as seems to be the case with the forces of synchronicity, what I'd bring would flow rather seamlessly with the music Steve and Daniel were playing, as if we'd discussed beforehand what might happen. Which of course was never the case. Most of our conversation happened onstage.

What intrigues me and draws me to continue exploring improvisation is a chance it offers to get very quickly to some deep places in ourselves and in musical conversation. It requires taking risks, putting ourselves on the line, and being very present in the moment. No rehearsal, no polish, just your vocabulary, your ears, and willingness to listen and leap. It's exhilarating and I love the surprise of discovering what emerges in the context of each conversation, and what I learn along the way.

I also feel incredibly lucky to have the chance to delve into this vein of musical expression with two artists as gifted and empathic and Daniel and Steve. Very much looking forward to our future gigs and collaborations.